That (other) video game circle jerk 2016

Hooray for battlefield and titanfall.

This has me HYPE: And also the fact that they announced Visceral games in colab with Bioware support is working a Star Wars story driven RPG... hoping its a new KOTOR. 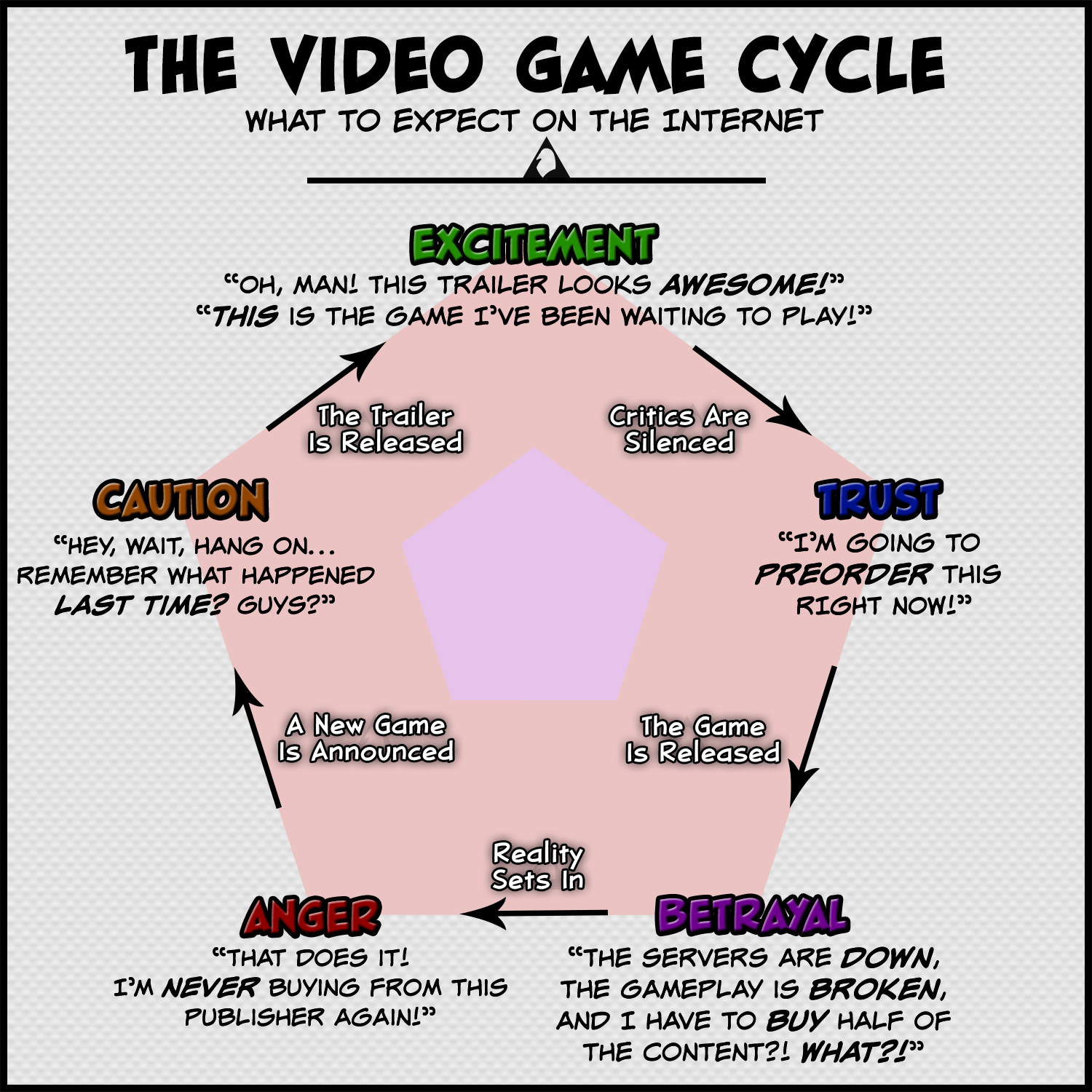 Battlefield 1 looks mad in that "gameplay" trailer, but watching some multiplayer footage, not so much. Given I read they're going down the microtransaction and map pack route i think i may just say a big FU. Microtransactions i can handle, but map packs can fuck the hell off.

Would love another Quake game similar to Quake 2/3 but the rumours are that this is a hero shooter. I'm loving Overwatch but I'm not sure I'd want a Quake based one though. No gameplay at all so the trailer is useless, etc.

BF 1 looks fun as fuck but there should definitely be more of a focus on bolt action rifles which would actually lead to the diversified game play they've been touting. It kind of just looks like everyone runs around like spastics with assault rifles same as BF4 at the moment. Still, it'll be fun because battlefield games are fun.

Zeppelins can be steered and leave a big fuck off pile of shit wherever they crash, so its not quite an AT-AT or Gunship. I wonder if any maps will have opposing Zeps spawn at the same time.

They've been releasing map packs as expansions since BF1942 and the micro-transactions to date have just been "battle packs" which are just random attachments or accessories for weapons. I'd be surprised if anything changed, they might start charging for novelty weapons skins since that's in vogue.

Titanfall 2 looks exactly how I imagined, I just hope they haven't changed too much of the MP stuff. Could not give half a shit about single player, though it wouldn't take much for me to get on board a buddy/soldier story about a random private and a giant robot. Trailer is cheesy as heck, and not in the best way. It's obviously a response to the hordes of fucking idiots who whined about the lack of a set of hoops to fucking jump through.
Mass Effect is shit.

the rumours are that this is a hero shooter. I'm loving Overwatch but I'm not sure I'd want a Quake based one though.

It's Quake Jim, but not as we know it.

Well there was me bitching about overwatch having slow movement and only one gun per character.

Just hope they include a "classic competitive" mode or whatever

Looks like microsoft is really pushing xbone / PC crossplay, new forza and GoW will have crossplay co-op, that's kinda nice even though those games suck

Just announced a new platinum game that also gonna be on windows 10, now I have to upgrade

Mass Effect is shit? Forza and GoW suck? Worst reviewers ever. Just bring the news and vids, leave the reviews to people with the correct number of chromosomes.

I'm getting a bit tired of these creative ways to avoid an honest sequel number too. "Gonna get Battlefield 1 (14) and Prey (2) on Xbox One (3) yo. Then I might go watch Ghostbusters."

Stoked to see this announced, loved the first one.

How do you even play tribes and not consider gears of war to be the absolute epitome of everything that has gone wrong with shooters over the past 15 years. I've never played forza but it looks like just a normal racing game, this is pretty much the one genre where authenticity is a negative imo, put loops and wallrides and shit in to make it not boring, it's probably a well made game though. Don't even remind me of Press One Of Three Buttons To Pick The Color Of Your Ending Simulator 2012: All Your Choices Didn't Mean Shit Edition Guest Starring Random Stock Photo Girl as Tali, I can't wait to see how much of what the developers say about this version also turn out to be blatant lies.

- Master race bullshit (since edited, replaced by "no true Scotsman").
- Never played a game but calls it shit simply because the genre doesn't appeal.
- Focuses on the final (and later updated) page of the Mass Effect book, ignoring how good the other 3000 pages were.

I stand by my original assessment, it's like I clicked on the IGN comments section by mistake.

On topic, loking forward to these.

Completely agree on the sequel namings - that and remaking/remastering old games/movies. It's creative factor 0 out there these days. This morning they've announced a new God of War game. What's it called you ask? God of War.

Re Gears of War - i played the first 1 or 2 at least and they were surprisingly good fun. They also had very well implemented co-op which is a rarity these days. The other thing i loved about them was third person mutliplayer. It was my first real experience of it, and point blank shotgun gibbing people in those games was awesome. God a bit over the game though by the third and i dont think i played the final one or however many there were.

Also disagree about Mass Effect being crap. The second one in particular was amazing. The third was a great game all the way up to the ending where it just lost its shit. The ending deserves every bad word it got thrown against it. I never played the remade version as i couldnt care by that point, but the fact they had to remake it was very telling. Not that they just pandered to internet tears, i think in regards to Mass Effect those tears were justified. The game up to that point was awesome though, as was my hawt sex with Tali. I think ME2's individual character missions (first meeting them, then doing something to help free them up) were the highlight of the trilogy though. So many good characters in those games. By the end of the three, felt like i was in a total bromance with Garrus - that mission where he was sniping people when you found him was so awesome.

I never even said Mass Effect was bad, the one thing I do criticize about Adromeda is the decision to do a "new galaxy, clean slate" thing but not just make it a new IP, marketing bullshit to leech of the success of the previous games. I will talk shit about bioware any day though. Bioware is the Ubisoft of video games.

Also I don't see how it's invalid to say I personally think forza sucks because the style/genre of the game doesn't appeal to me. That's the main reason most people dislike the games they dislike.

Just announced a new platinum game that also gonna be on windows 10, now I have to upgrade

guess they were really scared of vulkan after all, it did just make it into dota

I'm gonna hold off and see if the cracking groups can strip whatever bullshit makes titles w10 exclusive, unless its entirely directx 12 only, it might be possible. Really dont want to 'upgrade' to games for windows live 2

Tekken 7 coming to PC brought a tear to my eye. That was the last "too bad I don't have a console" title for me.

Keep PVP out of my State of Decay dammit, you guys have all the zombie games AND all the survival games already. Co-op will be nice but I like my zombie games to actually be about surviving/fighting zombies. I believe they had an MMO spinoff in the works though, maybe we'll all get lucky.

Can they make a non shit spidey game though? My money is on no.