Bit of a segway there is a fan project that has revived the servers for BF2 and just added BF2142.

Nice with a populated aussie server too

2142 was good back in the day, would be pretty dated now though i think. That's one game i'd love to see a modern remake/sequel for, particularly taking the titan mode concept further.

It hasn't dated as badly as one would expect.

No BF1 server rentals in the way it's done now + limited options (fixed time / tickets) and possibly no admin.

They're really trying to get away from traditional server models eh? I reckon it's because of consoles where it's normal to join pre-created playlists etc. It's pretty shitty as it takes away a big chunk of player power/control and means we have to suck it up and like whatever shitty systems they come up with. In the case of Star Wars Battlefront, the online communities are completely segregated by expansion which sucks ass.

I've started playing BF4 again recently (along with Overwatch and Siege...) after getting the rest of the DLC packs for free. It really is great knowing that you have everything in the game and that you can join any server at any time. I really hate DLC and how it segregates the community and I'm really not looking forward to it again with Battlefield 1.

This new spectator cam they've put in is great, shame Battlefront didnt have it

Been cranking some hours into this and have to say it's one of the best Battlefield games to date, easily. The highlight has to be the Operations multiplayer mode which has the most realistic feeling war experience of any Battlefield game I've ever played. Battlefield's can feel like a lot is going on in certain modes/maps but Operations are something else again, they're masterfully designed. Unlike Rush that has a clusterfuck 2 objectives, Operations has flags - but the kicker is in order to capture a territory you need to hold either 2 or 3 at the same time. It's similar to Star Wars Battlefront's escalation mode.

The defenders have unlimited tickets, but the attackers have a limited number and 3 attempts to capture a sector. If they capture it, there's a brief period where the sector needs to be secured - any enemies killed in that sector (while they try and fall back) adds to the next assaults ticket count.

If the attackers fail to capture the first time, they then get the support of a Dreadnought battleship, Zepplin or Armoured train. It basically feels like the lull between real battles, where it's not always a single attempt but often many many pushes forward. If the attackers manage to capture the last point, it progresses to another map - but they still only have those 3 total attempts which apply to all.

The thing is - it's classic offence vs defence but it's not bottlenecked into corridors. The game uses much better use of the large conquest maps so that these maps are often fought sand dune to sand dune, trench to trench. The WW1 theme - the trench fighting, it's just amazing. There's explosions everywhere, gas, fire, the works. The experience is just nuts and so delightfully free of lock-ons. The only real downside (and its a larger game thing) is mortar spam - but that'll get no doubt nerfed until they're not worth using which is the typical DICE way.

Anyway totally reccomend checking out the game if only for the operations, amazing game mode. The game itself has all the standard BF traits - mind-blowing sound etc etc.

Nah PC, cant handle FPS on PS4. Battlefront was ok as it was third person but still not ideal, couldnt imagine i'd ever get a proper BF on console.

Nah PC, cant handle FPS on PS4. Battlefront was ok as it was third person but still not ideal, couldnt imagine i'd ever get a proper BF on console.

Keyboard and mouse will always be better for precision aiming but with some practice it's actually not that bad with a controller. I've been console bound for about a year now due to limited space and having the PC set up not being an option and in that time my controller aiming has gotten really good compared to when I was mostly on the PC. It's also much more comfy.

Picked BF1 up on PS4 and it's pretty good. Some frame drops here and there but overall it's been really solid. I was a little hesitant knowing that EA/Dice would again be splitting the playerbase with bullshit premium but JB HIFI saved the day today with an obvious pricing error on the premium pass digital code going for $24.95 which I managed to snap up. Full package for $94 ($69 + $25) is good value.

even if it was free, and i had my arm back, nope.avi

hahaha I must admit I've seen a few small glitches but nothing major like in that video.

really enjoying it so far

Bought it from g2play, going to give it a red hot go tonight. 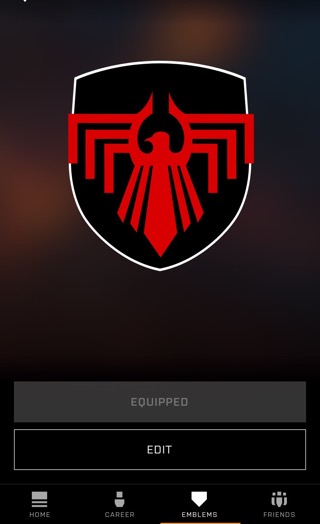 are you recording the whole time? or just certain highlight points?

does your fps take much of a hit?

watch the killfeed after the grenades thrown