I fist-pumped.
One reveal spoiled, lets hope they save the other giant one for viewers on release day.

Welcome to the year of Hero vs Hero.

P.S. No navel gazing wankery, this is a Monk-free zone.

Did spidey look 100% CG though? Have to say, love his eyes narrowing comic style, as a spiderman fanboy my groin definitely pulsed. 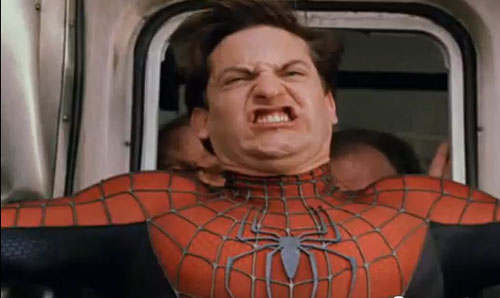 I liked Toby, but agree the second guy was better, particularly in the 2nd movie where he was wittier across the board. The first movie of the reboot didnt have as many spidey wisecracks as i would have liked. Spidey+wisecracks=bread&butter

If anyone has read Civil War, how would Spidey's press conference have played out with Toby-Spidey?

Spidey - *removes mask*
Press - "Is that it? Seen it. Actually I was surprised you had the mask on when we arrived."

With Bruce Campbell as the reporter.

Though tbh the vision should be able to wtf infinty gem wollop everyone at will. If they down play the power of his gem too much then it takes from the holy crap thanos got gems" in infinity war.

spideys voice sounded a bit off.


I'm thinking that the airport scene with them all fighting is gonna be early on and from there some of the heroes start to bow out (vision, spidey etc) as it becomes more personal between cap and stark.

The other trailer did a good job of making it seem like stark was down and out but this one makes it look like cap is copping a beating.

Hawkeye shooting Antman on an arrow - cool as fuck.

The first trailer for the movie looked shit i thought. I still arent really digging what im seeing, but this last one was at least better. I really dug Vision in the last Avengers movie though, thought he was brilliantly done, the most oldschool looking superhero yet seen in one of these movies. 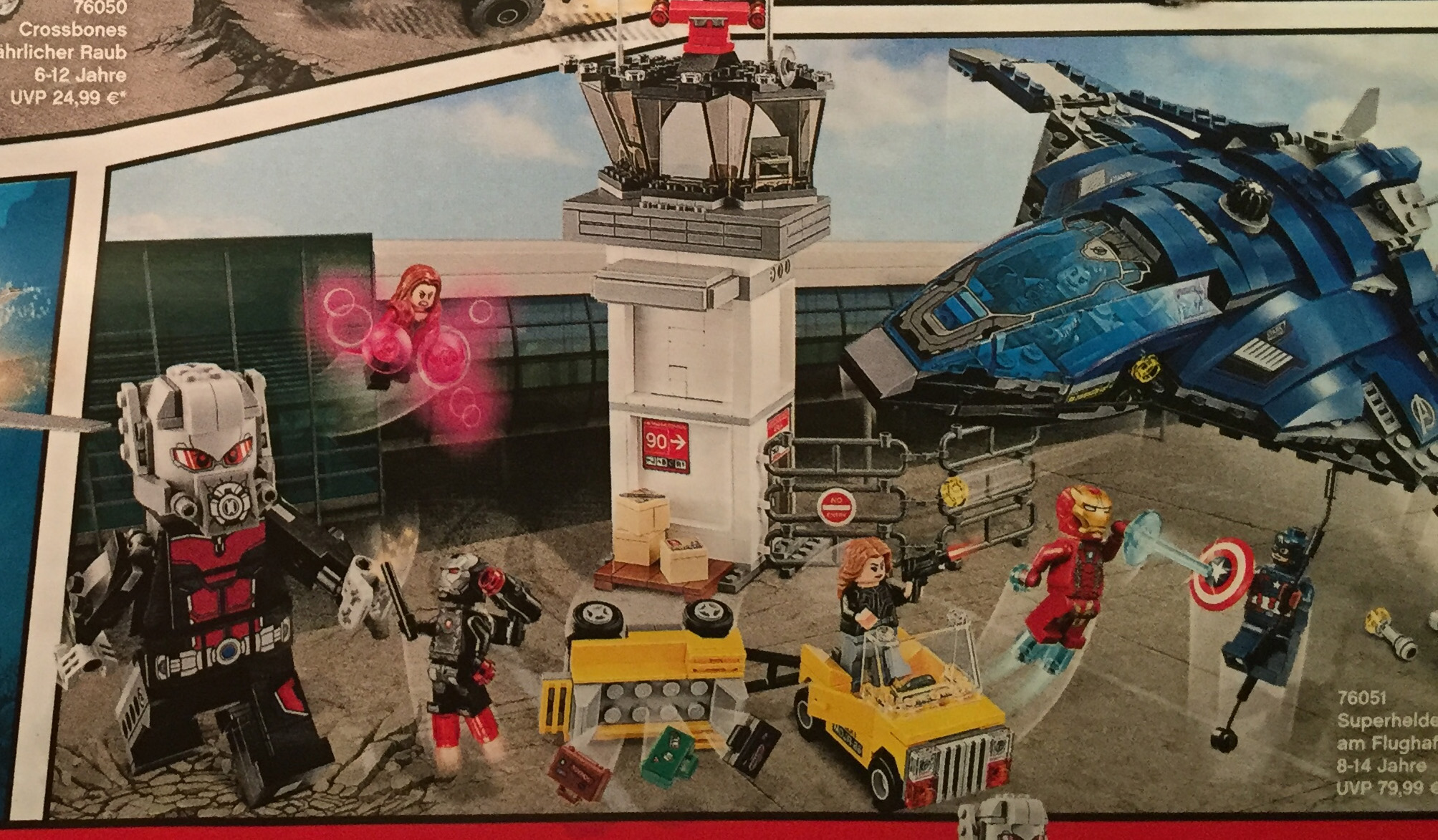 If only Hulk was in this, I really wanted bits of this fight...

Spidey's suit in that trailer has got to be his first home-made one. Film probably ends with Tony Stark paying for some super high tech suit.

E: On second thought, maybe this is the suit Tony gives him because of the expressive eyes. That probably makes more sense.

Thanks for the plug, Bongo!!

Spidey's suit in that trailer has got to be his first home-made one. Film probably ends with Tony Stark paying for some super high tech suit.

E: On second thought, maybe this is the suit Tony gives him because of the expressive eyes. That probably makes more sense.

Thanks for the plug, Bongo!!

Stark suit for sure. I'd expect the suit and voice to be tweaked for release.

I reckon you're both wrong and it's his standard suit (although I expect the webbing will be more visible in the final cut).
No origin story so no homemade prototype suit.
Marvel has been pretty loyal to the source with their costumes, if you get the Iron Spider suit you'll know it when you see it. I don't think they'll bother, too crowded already. Also I'm not sure Stark would mock his own design with the "Underoos!" line.
This one is growing on me. Those black bars have been common for a while and the eyes (while I wouldn't be surprised to hear they were only animated recently in response to Deadpool) are pure retro perfection. A nice blend of old and new.
I'm cool with the Bieber voice too. Half of these heroes are meant to be kids. First Class/DoFP and others have hinted at it but 90210'd and cast 30 year olds. A Marvel-backed Spidey has a very good chance of running well over a decade so I reckon casting young is smart. Having a young kid in these situations also flicks the drama switch in the back of your head, superpowers or not. I also look forward to an anonymous teenager (internet irl) interacting with the established heavy hitters (I'm not always a fan but I hope Whedon gives those scenes a once over, sassy teen in a group discussion is his special move).

Between Spidey, the spoiler and Black Panther I'm superpsyched. Then Dr Strange! And Hulk vs Asgaard! While Thanos is lubing up his bedazzled powerglove...
And DD s2 in a week. Great times to be a Marvel kid.

Yep. Don't even care.
It sure beats being a Transformers fan these days.
Excelsior!

Don't even get me fucking started on transformers

Deepjay, were you a Transformers fan who feels violated by the recent films?

Now show us on the Optimums Prime doll where Mr Bay touched you.

Don't even get Monk fucking started on transformers

I can't get over how boring that airport fight scene looks. I understand it is meant to directly translate the long panels where we see two sides launching themselves at each other in comic books to film medium, but man, the brothers Russo ain't no Ang Lee.

Why did they pick an airport if Spider-Man's in the fight, anyway? Or does he just swing around the aircontrol tower like a flail?

I'm not sure Spidey is even in the airport fight.
Spoiler: Show
I know someone who is though and he needs the open space. He could even play the skyscraper for Spidey to swing from, it looks awesome in my head.

And they always throw in a "splash page" shot, the rest of the fight won't look like that. That moment is 100% Marvel mandate, 0% Russo vision.