Because "longer and darker" is just what this film needs...

So what were your objections that made it so "irredeemable" then?

Was Batman really the murderous lunatic you walked in expecting to see? By the end of it?

I'll give it a 6.5/10. It was watchable but not enjoyable. The biggest issue is that this iteration of Superman is just bad. Actually, all iterations of Superman are bad because he's just boring as all hell. Wonder Woman got considerably less screen time and was more convincing in the battle scenes. I didn't hate on Batfleck. In fact, I'm now wondering how he would have done with Bale's initial film, and I thought Luthor was a nice interpretation which is weird because I was ready to hate on it.

But yeah, if they'd just leave Superman dead and buried, comics, TV and movies, I'd be a happy person because this one was a stinker in a long line of invulnerable mediocrity.

Thought Affleck was the only decent thing about the movie, personally. 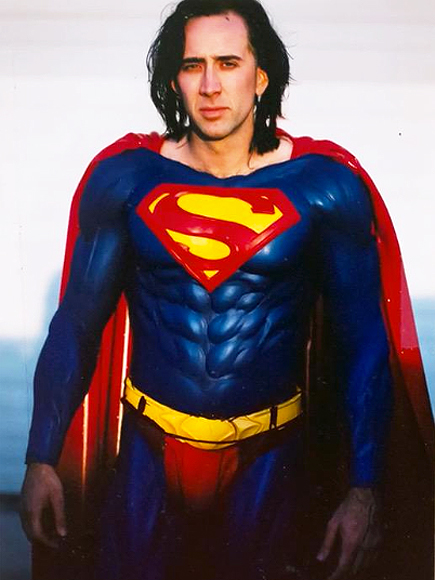 Because if you are going to go full-crazy, only Cage will do!

I would watch a Nicholas Cage superman.

Without back-trawling this thread, in one sentence why was this Batman vs Superman movie so bad? I really enjoyed the movie prior as I've posted previously, was this one really so bad?

1 sentence?
NONE OF IT MADE ANY SENSE.

- It was edited with a blender, stretched out to breaking point, then blended again.
- Inconsistencies. Superman keeps saving Lois in a split second but his mum gets left hanging? "I thought she was with you" You emailed her those DC trailers, you dummy.
- Hypocrisy. Our two "heroes" stop killing people just long enough to work on killing the other guy for being a killer.
- Motivations. What the fuck were Lex's motive and plan? Nobody has a problem with Batman's 1% chance bullshit?
- The utter pointlessness of key points. Superman was clumsily framed TWICE (Lexcorp-unique bullets? Really?) then absolved of any wrongdoing moments later. In fact the whole court scene has no reason to exist.
- That dream within a dream. Dumb idea all by itself but it gets even worse in context. Flash can run so fast he can go back in time INTO A DREAM?
- The massive leaps. Alien goo + alien corpse + human blood = alien supertroll. Mutual hatred + lame coincidence = BFFs.
- I have lost count of the number of times Lois has been a convenient plot device over the course of only two movies.
- SO. FUCKING. DOUR.

And note that I didn't even mention characterisations (hint: they were bad), or how they blew their wad too early, leaving major elements feeling wasted or unearned.

I think the most egregious thing BvS did was having Superman climb into the tub boot-first. It still bugs me to this day.