I freakin loved the anime series years ago, and partially read the manga. Apparently there first of three movies re-telling it all is already out. Must get! (well I must anyway)

Reviving a semi dead thread since the 2nd OVA Berserk movie is about to be released. One of the best anime I have have seen. The start is a bit boring but that ending is :O

It's a semi annoying series since they didnt finish it and left it at a massive cliffhanger but the third movie hopefully will continue/finish the story.

I still havent seen the movie - have you watched it? How was it? (compared to the anime series)

The animation is a lot better.

Scorch has been fapping about this for some time now

I haven't seen the anime, but I powered through the manga recently after taking a break from it, and it's one of the best things I've ever read. From what I've heard, the anime leaves a fair bit out and ends during the eclipse, you don't even get to meet the enigmatic chap in my avatar.

The 2nd OVA movie ends with the eclipse and all the happenings in it Marceline. Just not sure how much further it goes after he gets the mark. Probably will be saved for the 3rd movie.

The 2nd OVA movie ends with the eclipse and all the happenings in it Marceline. Just not sure how much further it goes after he gets the mark. Probably will be saved for the 3rd movie.

So this one coming out covers the eclipse? I'd like to see how they do it, as I'm sure you know it gets pretty extreme pretty quickly.

Have you got a link to the manga Marceline? I had a copy once upon a time - but that was years ago now. I never actually got around to reading it -

I read it on mangafox, which Scorch was so kind as to link.

A warning though, sometimes the smaller text can be blurred, and the double-page scans are a little small, other than that the scan quality is great. 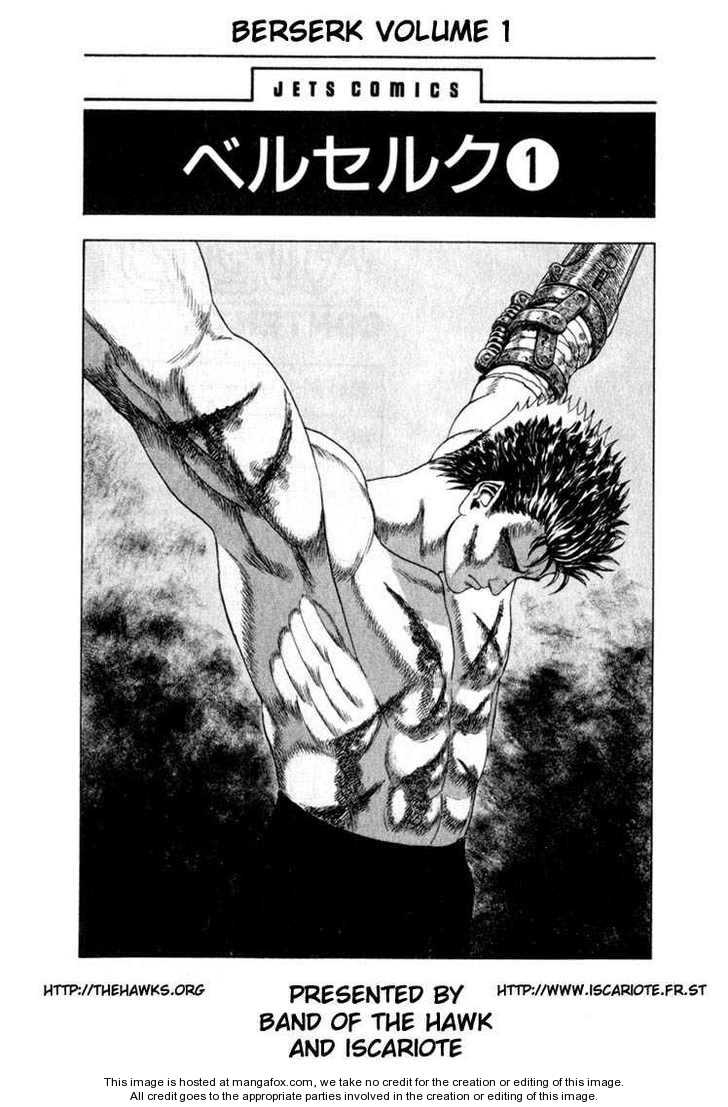 You can thank me and Hawk later.

Stick to it if the crummy look of the art is bothering you, it eventually becomes some of the best drawn stuff out there

Ahh now i remember why i stopped reading it originally - it's read right to left isnt it? Just looking over the first 20 pages or so - i find the split screen boxes bloody confusing.

What's the rule, always right to left then down?

Ahh now i remember why i stopped reading it originally - it's read right to left isnt it? Just looking over the first 20 pages or so - i find the split screen boxes bloody confusing.

What's the rule, always right to left then down?

Yeah, it's right to left, you get used to it after a while. Apart from the flipped direction, normal speech bubble priority rules apply.

Anyway, my thoughts on the first movie are that it was bizarre. Having seen the anime series (but not read the manga - something i still mean to do), i was familiar with the story, but the movie basically was like a big recap of it. There was nothing in that which wasnt in the anime, and in considerably less depth/detail. So for me, i understood it, i understood all the characters from the band of the hawk, and while it touched on the main elements, such as Casca's feelings for Griffith and so on, for anyone new to the series, i cant remotely see how you'd get value from it.

All the side characters, from that young blonde kid whose name escapes me, to Pippin, that bad dude in the group (again, name escapes me) - none were explained but suddenly they were all chums with Guts.

I did find the animation to be good on the most part, the combat was good, and i thought Guts had a really badass face through most of his fighting - so it was pretty good in that regard, but yeah, it surprises me that it's a recounting of the anime. Why not take it further? Seems like a missed opportunity.

Once I learned of this manga, I couldn’t put it down, eventually powering through it over two separate periods. Keen to check out the movies but I highly doubt that they will do the manga any justice, even before reading the reviews.

BTW is it just me or it has been a while since they released the last chapter?

great films. at first i was like 'this is pretty damn homoerotic' but by the guts vs 100 men battle i was cheering for him. at the end of the 3rd one i set a new personal record for longest continually raised eyebrows during a movie viewing. animation gets better each movie.

Have you seen the anime series?

I watched the first two movies last night, Guts would have to be one of my favorite characters EVER . That 100 man battle was brilliant, Casca's a babe, Fuck Griffith and Can i buy a replica Behlit Egg anywere?

Users browsing this forum: No registered users and 3 guests