Starting a new thread (just for the build releases)

All good changes, great to see mediums in play...hope the flag physics are good

.....but not difficult to adjust. Basically no more stand to stand flag tosses.......and SHOW FOG command has been disabled

Yeah i just tested it a little, much more like normal tribes now..self passing took a hit but my hotdogging was too much anyway

just dueled a little in the medium, ill upload some footage for those stuck at work

If you are going faster than about 150 and throw the flag, you will over take it!!! .....and if going to slow the flag drops like a flying anvil.

Will be fun to watch

They fucked bryn up bad 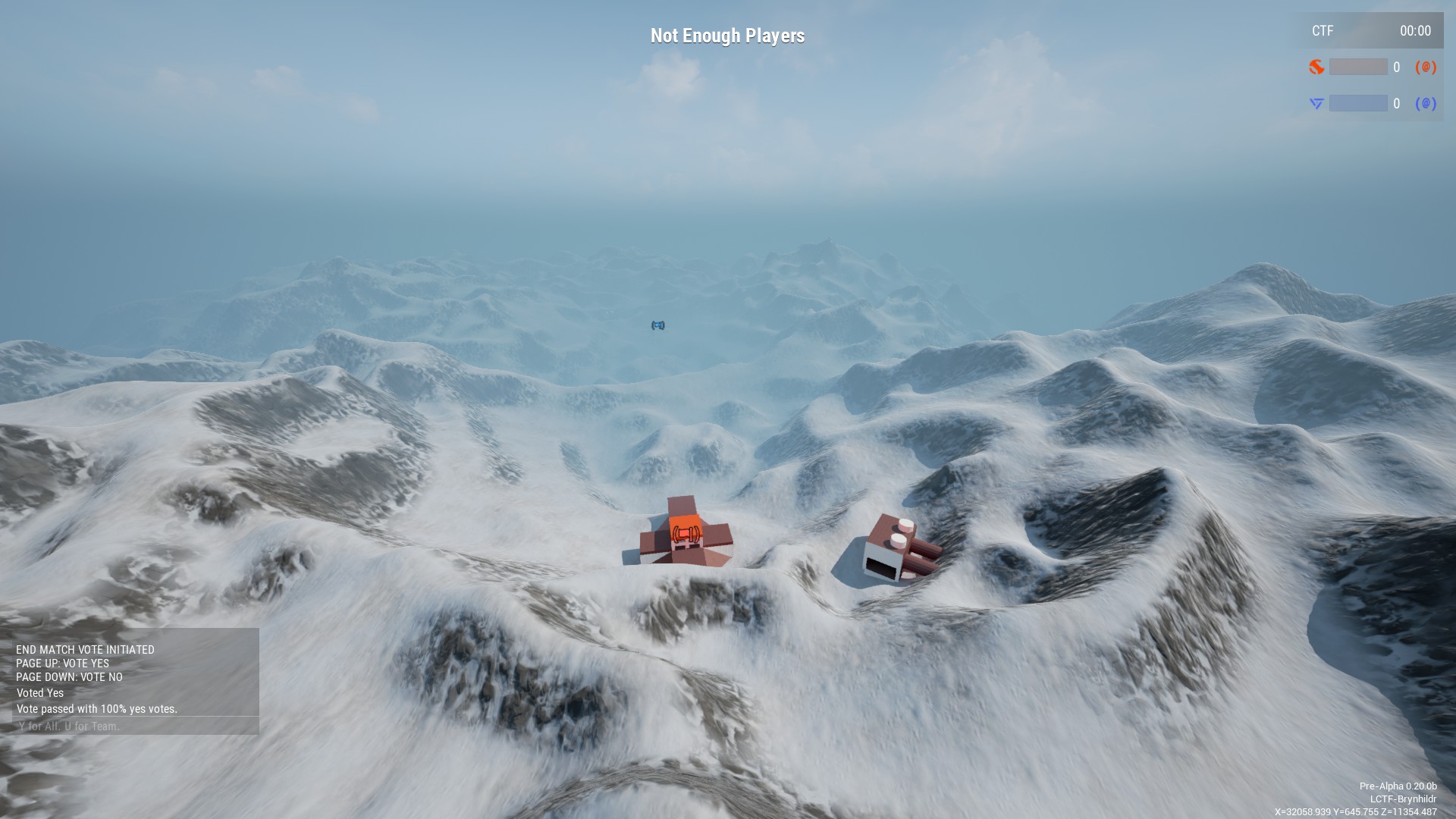 Yeah they did the same thing to it they did to outpost, porridge everywhere now

I havnt tried it yet. From WWs vid it looks like they've fixed the distance issue with flag throws, but the flag looks like it totally drops below your feet when you're going up, so if you're doing passes the receiver would fly below rather than above which seems wrong? Good improvement but needs tweaking.

The distance is pretty good but it really seems to come out of your feet at the moment, and yes I am losing the flag sometimes when i throw it

I am definitely behind the distance it goes at high speeds, seems about right. Short distance passing looks much better at low speed but havent had a chance to test it with the people im normally passing to.

Just needs to have the inheritance with a smooth drag rather than the drop from feet type feel it currently has...step in the right direction IMO

Why would they touch byrn. Who was complaining? Fuck tards!
That's a good map.

Downloading now. Will have a neosooky moment on midair forums

All the build releases will be around 1.9gb. I think it will always be that way because of the way the build is compiled (i.e. they do not have the 'facility' to add incremental patches / updates / hot fixes on the fly).

yeha, takes forever on the connection on camp at work

Face looks like one of those disney/pixar knock off dvd-only movies.

All the build releases will be around 1.9gb. I think it will always be that way because of the way the build is compiled (i.e. they do not have the 'facility' to add incremental patches / updates / hot fixes on the fly).

Quick note on this - it's on the docket for the future but will be a while for this. We want it too.